A service design that provides a better musical experience to seniors, giving them easy access to their favorite music and the ones they do not love, yet.

The project was developed during the Integrated Design M.A as a Master Thesis project with Hochschule Anhalt, Dessau-Bauhaus, Germany. The project was created after an investigation about music; how people learn it, how they listen to it and how much they appreciate it in order to bring music closer to those who really love it. 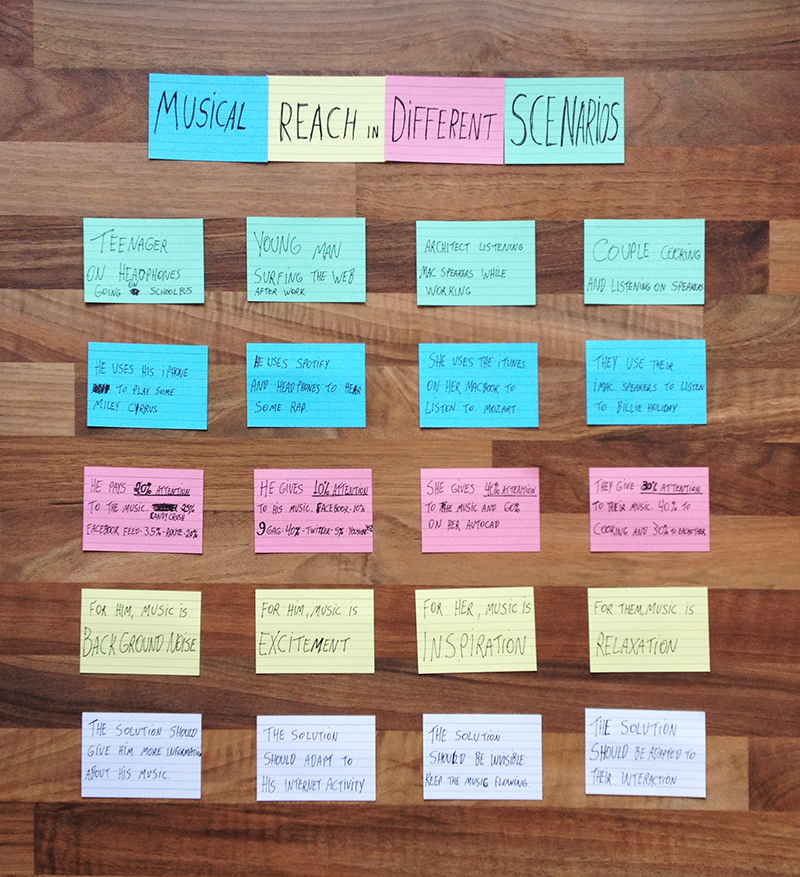 The research started investigating how graphic design could improve the music learning process and it analyzed different subjects like music theory, sound visualization, music industry, technology and people’s attitude towards music. During this first stage it became clear that making music easier to learn would only gene-rate more bad quality material. If music’s steep learning curve is what is makes it so special and beneficial, there was no point in making it easier.

To better understand people’s feelings, habits and attitude towards music, two questionnaires were carried out to different target groups. It was clear that younger generations had everything at their disposal to enjoy their music, while older ones did not. 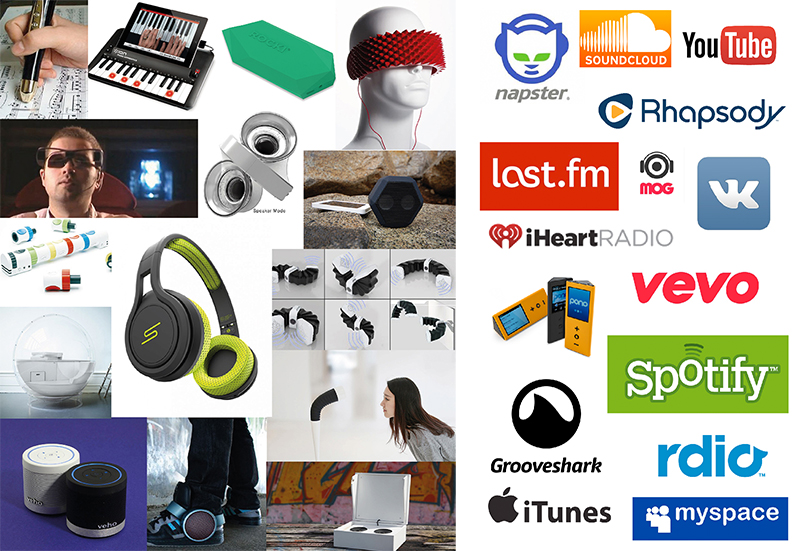 The word Nexus comes from Latin, “binding together“, and it represents how the system bridges Generation Gaps to bring music back into user‘s lives. Attaching people‘s music need to another semi-basic human demand in today’s reality brings Nexus’s value up to the highest standards. Its subjective concept is expressed every time people “need” to use the system to check, withdraw and deposit what they value the most; their music. 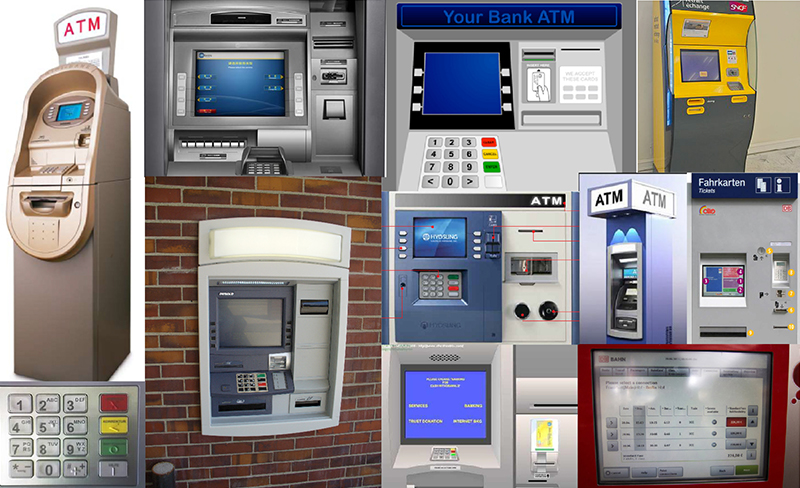 The first step is to use the ATM to deposit and withdraw music from their account. Then, they transport these files in their Nexus Card to be played on their portable devices. The Nexus System uses the banking and ATM familiar rituals to make its access almost effortless. Everything was designed in an easy language and in a linear logic, a crucial factor to empower the system and help it bridge the gap that has left the target group alienated. 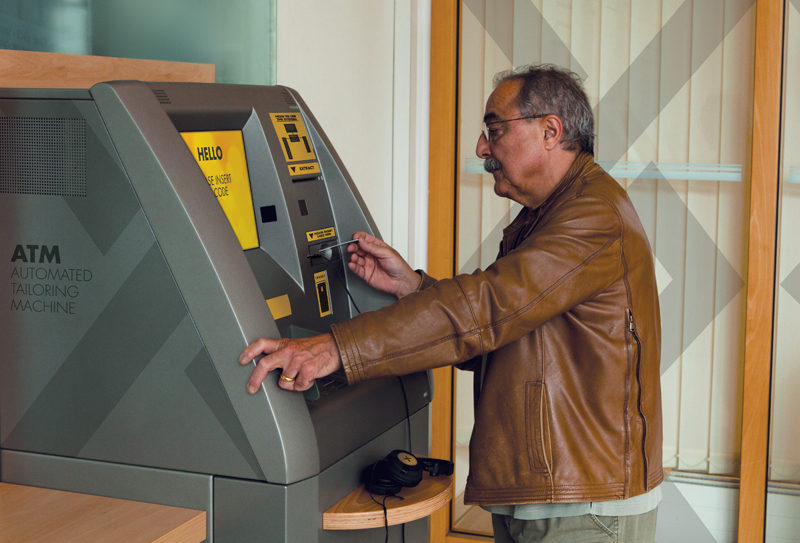 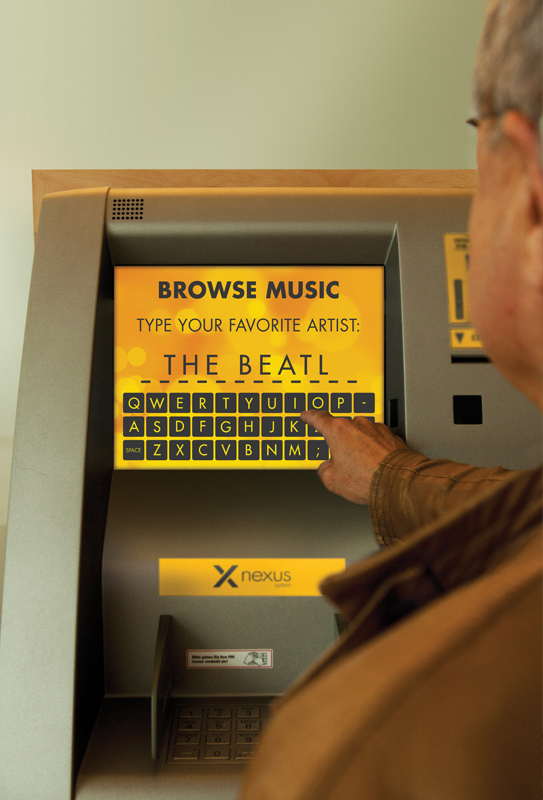 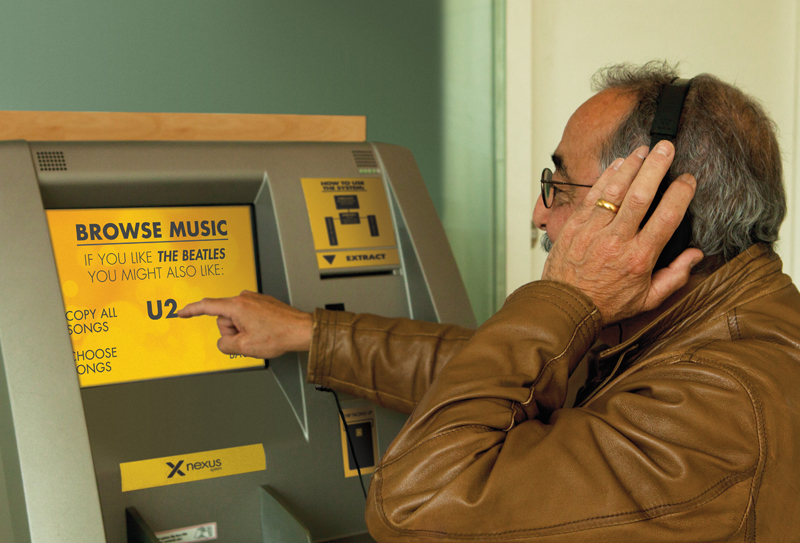 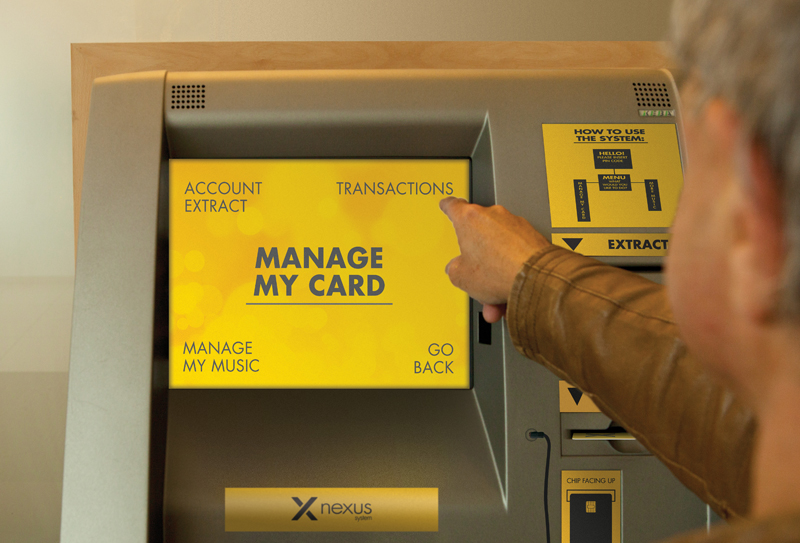 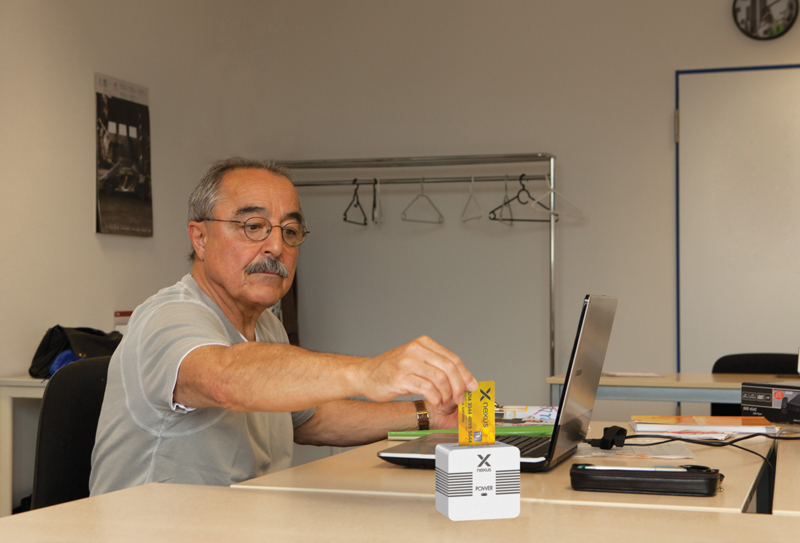